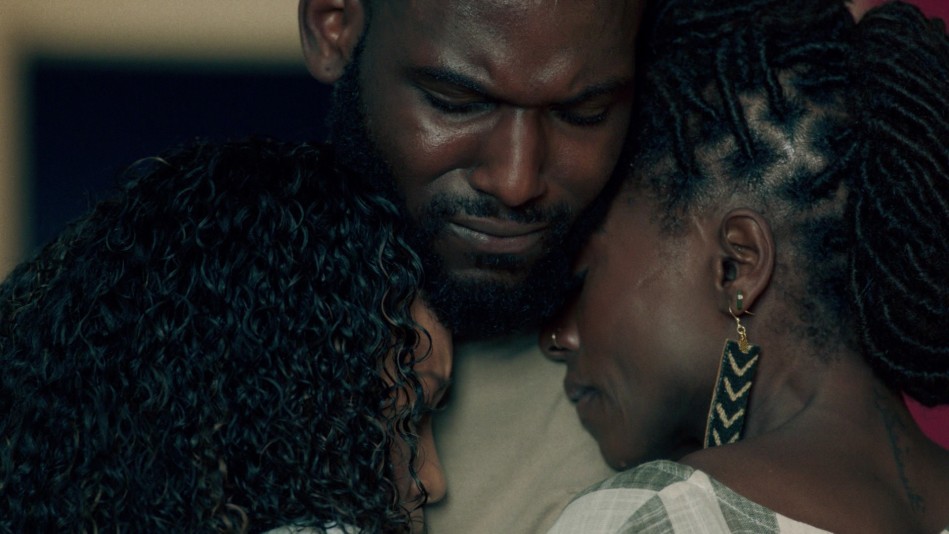 WARNING: This week’s recap includes a fair share of ranting.

Ralph Angel is on the verge of exploding aka popping off aka doing something very dumb. Darla’s mom has called “them people” on him trying to remove the child from him as if her daughter wasn’t just hooking and tricking in front of the child months prior! Even though it is not directly Aunt Vi’s business to get involved, as matriarch of the Bordelon family and sole caretaker of Blue for 4 years, she was well within her right to speak on the issue. But isn’t it ironic how she was able to sweep around someone else’s door except hers? It was very oblivious that Hollywood was dealing with something and instead of stopping to address that she sees a change in him and allowing him to feel comfortable enough to discuss it with her; she only asked him in passing.

And I’m very appreciative towards the writers for allowing her character to disapprove of the family secret. Why are some elders that way? What do they think sharing a story of survival will do? How can they think that will taint the family name? How do they not realize stories like that are what give people hope especially the younger family coming after them. Last week, my dad and I were discussing education and he told me he never went to Pre-k or kindergarten. He went straight to 1st grade because Pre-k and kindergarten weren’t required when he was a child. He told me how my great-aunt, who was a school teacher and lived next door to my grandparents, would bring school work to him daily that she taught her students that day. Because she was consist with him, he entered the 1st grade reading on a 4th grade level!!! I never knew this until last week! I was impressed but I was also upset. All I could do was imagine how different I would have approached my education had I known how intelligent my father was at a young age. Although, I have earned both a Bachelor’s and Master’s degree I wonder if my mindset towards education and pushing myself harder would have changed my experience. Que sera, sera.

I love how Hollywood expressed how Nova’s details about her father’s mental health gave him strength!!! Someone needed to hear that because some people see the ways those before them struggled and they assume that it is destined for them to struggle as well, which is untrue. Every generation is suppose to do better than the last; from an educational aspect, spiritual aspect and especially from a financial aspect; but I digress. The episode is titled “Here Beside the River”, which could be viewed as a reference to the poem Maya Angelou read by her during the 1993 inauguration of President Bill Clinton. If you analyze the poem which was inspired by Negro Spirituals, you will see that it speaks of us learning from our past and becoming better versions of ourselves.

I’m over Micah and his crew. When he threw the paint stained shoes in the closet I wanted to throw the remote at the TV! We all know what this will lead to and I am more than sure his “friend” who was arrested for the crime will sign like canary and he will probably point the finger at Micah who I believe he is jealous of. I could be wrong about that part, though. I think they all point the finger at him. They have no loyalty to him. He is new to the click. He should listened to Keke or maybe had Davis stuck around to father him…nevermind.

I love the way we see a softer side of Charly as she takes care of Mr Prosper and then we see the tough side of her as she acquires Colton Landy’s 10%. Yes! I don’t trust her doctor friend. I don’t trust anyone in St. Josopeh and neither should she. Everyone seems to be loyal to the Landy’s. Hell, I side-eyed Remy for an entire season. LOL!

I honestly anticipated more drama between the family over the Nova/Remy situation. In the real world, I would be 100% against their relationship, but I actually liked where they were going and what they brought out of each other. And I loved seeing Nova finally WIN! I guess she can now focus more on her book and her career, but will she? She is definitely sacrificing her potential soul mate for Charley. I doubt Charly would do the same.

Hopefully Blue’s father will be revealed soon. Darla implied that he was a product of rape while drunk at a party, but my suspicion leads me to believe that Blue is her father’s child which would make him her son, her brother. Reference the non-verbal clues in Season 2 Episode 13. Yikes!